The global primary Aluminium industry has been constantly reeling under pressure with accusations of environmental pollution and carbon emission. At every stage of aluminum production, starting from open cast Bauxite mining to caustic soda leach Bayer’s Alumina refining process to the fluoride fused salt electrolytic process of aluminium smelting; there are a large number of environmental degradation issues involved. However, global aluminium industry has been since long making serious attempts to improve its status in this regard.

A major problem of pollution from Aluminium industry begins with the Bayer process of alumina refining of Bauxite to produce Alumina. The slurry insoluble waste produced during the Bayer process is referred as Red Mud. It is a mixture of non- alumina compounds originally present in the parent mineral, bauxite, and of compounds formed or introduced during the Bayer process cycle. It is disposed as a slurry having a solid concentration in the range of 25- 55 % ( high caustic containing water content), pH in the range of 13 and high ionic strength. Red Mud also contains insoluble chemicals like silica, alumina, iron, calcium, titanium oxides, as well as many other minor and rare earth compounds.

The disposal of red mud remains an environmental concern all around in the alumina- aluminium producing countries. With other process residues (Caustic soda, lime etc.) and impurities added up, the amount of red mud getting generated continuously is around 2-2.5 Tons per ton of alumina and twice that amount for every ton of aluminium metal produced. Thus, a 3 million TPA alumina refinery would generate 6-7 million tons of red mud per annum and over its average life span of 50 years, produce around 300-350 million tons of this environment unfriendly material.

The most common process of red mud disposal is dumping it into secured large inland artificial ponds, which is known as the Closed Cycle Disposal system. If red mud with its highly alkaline content is disposed as it is, on land or its leach water overflows from its disposal ponds due to leakage or landslide on the banks, or due to heavy tropical rains, severe damage could be caused to water bodies, grass lands and vegetation.

The problem can be minimized by washing and filtering the red mud repeatedly, evaporating the liquid and putting back the thickened slurry in the same pond after using clay beds of up to 300-400 mm thickness at the bottom and most of the modern day alumina refineries have adopted this process. Still red mud ponds turn out to be a threat during heavy monsoon when the sludge can overflow and damage the nearby areas with toxic substances. 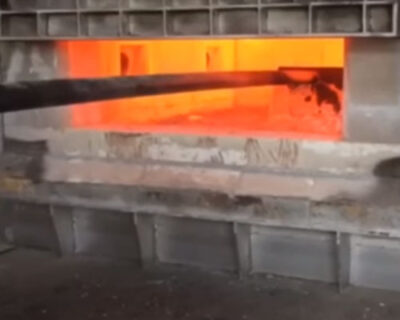 Another major and limiting issue of Alumina refining has been the availability of land to build large red mud disposal plant. An old ‘thumb rule’ stated that in the operation of a 1 million TPA plant for 5 years, 1 square Km. of land is lost forever. This problem may have been contained to some extent using thickened slurry disposal system in the modern plants but it does continue to be a serious issue in designing alumina plants in high population density and inland alumina refineries.

Recent studies have shown that the caustic soda content of the red mud reacts with the clay over decades and finally zeolites form through a complex reaction mechanism which could ultimately destroy the embankments of the abandoned red mud ponds and the aqua system around. This has raised serious alarm for the older alumina refinery works where abandoned red mud ponds have existed since over 50 years. 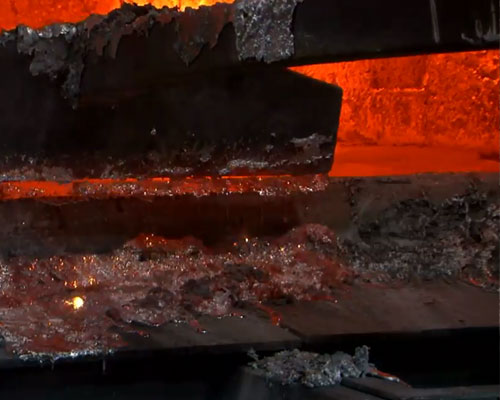 Another process of red mud disposal is Direct Disposal into the Sea under which process, the sea water dilutes neutralizes the causticity of the red mud and the iron oxide released into sea water helps the marine life algae, corals and other crawling life system grow at a faster rate. Many of the shore based alumina refineries in the world are continuing with this form of red mud disposal system despite occasional agitations by the environmentalists. Interestingly, the best supporters of this form of disposal system are the fishermen of the region.

The 3rd and improved solution is the Dry Disposal Method in which the wet slurry undergoes several stages of filtration and water is separated from it. After that, the dry mud is disposed of as pyramids or dumped at the pond side. The dry mud is covered by cotton soil and requires regular water sprinkling to prevent the metallic dust from polluting the air, live stock and crops around.

Attempts are also on to use the red mud in bulk for producing ferretic cements and also for iron extraction, which expect to utilize the waste in a more productive manner.

As such, the potential danger to human health and the environment from red mud is limited. The red mud is considered toxic primarily due to its high alkaline content and presence of heavy metals.