Aluminum Smelter Refining Fluxes are used in aluminum foundries, so as to reduce the melt oxidation, minimize penetration of the atmospheric hydrogen, absorb non-metallic inclusions suspended in the melt. 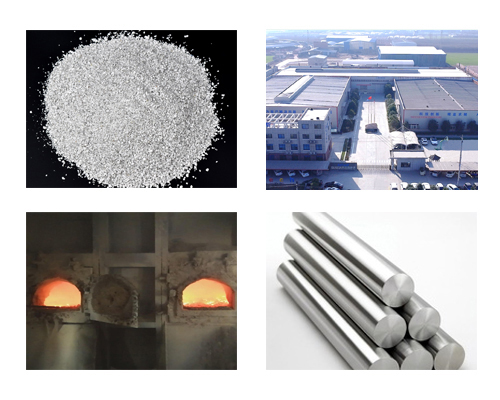 The melting point of a cover flux is lower than that of aluminum. Cover flux is applied on the surface of molten aluminum where it melts forming a continuous layer protecting the liquid metal from oxidation and absorption of atmospheric hydrogen. Cover fluxes are composed of a mixture of NaCl and KCl and may also contain some additions of CaCl2, CaF2, or KF. Fluorides provide a further decrease of the flux melting point and improve its cleaning ability. The disadvantage of fluoride-containing fluxes is harmful fumes released by the flux at work temperature. Sodium-free cover fluxes are used for melting hyper-eutectic aluminum-silicon alloys. Hyper-eutectic alloys are modified by phosphorus, additions of which cause refining of the primary crystals of silicon. Sodium reduces the refining effect of phosphorus in such alloys.

Drossing fluxes promote the separation of molten aluminum entrapped in the dross. Besides chlorides and fluorides, drossing fluxes contain oxidizing components reacting exothermically with aluminum when heated. The heat generated by drossing flux improves the wettability and fluidity of the entrapped aluminum, drops of which coalescence and flow down to the melt. The dross treated by the drossing flux is powdery and dry. It is easily removed from the furnace. Drossing fluxes helps to reduce losses of aluminum, which makes it very economically effective particularly in remelting aluminum scrap.

Aluminum Smelter Refining Fluxes composed of chlorine and fluorine-containing salts are used for degassing molten aluminum alloys. Degassing fluxes are commonly shaped in form of tablets. Degassing operation starts when a flux tablet is plunged by a clean preheated perforated bell to the furnace bottom. The flux components react with aluminum forming gaseous compounds. The gas is bubbling and rising through the melt. The partial pressure of hydrogen in the formed bubbles is very low therefore it diffuses from the molten aluminum into the bubbles. The bubbles escape from the melt and the gas is then removed by the exhausting system. The process continues until bubbling ceases. Degassing flux may also be introduced by an injection method. In this case, the inert gas serves as the carrier for granulated flux. Besides the degassing effect the degassing treatment allows removing non-metallic inclusions suspended in the melt.