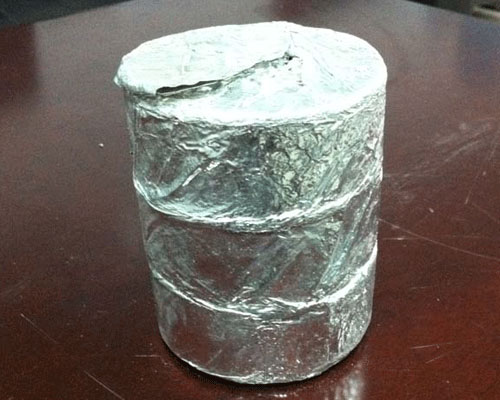 Grain refinement treatment usually refers to the addition of a certain amount of intermediate alloy and flux containing Ti, B, Zr, to the hypoeutectic Al-Si alloy melt, so that the primary crystal a-Al changes from coarse dendrites to fine equiaxed crystals. The refiner is added to the aluminum liquid, and when the aluminum matrix is ​​dissolved, the intermetallic compound particles are released into the melt, and these particles then play a nucleation effect. The refiner particles uniformly distributed in the melt have two effects: when the alloy liquid is poured into the mold shell, the refiner particles promote the formation of large quantities of equiaxed crystal nuclei, which will release a large amount of crystallization latent heat, which limits the crystal growth of grains; massive formation and growth of equiaxed nuclei restrict the growth of columnar crystals.

Commonly used grain refining methods and characteristics of aluminum alloys at room temperature, the smaller the grains of aluminum-silicon alloys, the higher the strength and hardness, and the better the plastic toughness. All factors that can promote nucleation and inhibit growth can refine grains. On the contrary, all factors that inhibit nucleation and promote growth make the grain coarser. The following methods are generally used to refine the grains:

Add refiner. So far, the mature grain refiners produced at home and abroad mainly include the following three types: The first is titanium agent. The second type is AlTiB alloy refinement formulation. Bars with a diameter of 95mm are widely used at home and abroad, mainly for continuous casting and rolling production lines. The third type is the TiAlB compound type, that is, salt refiner. TiA1B intermetallic compound is melted into a melt, and then atomized into powder with salt flux to synthesize powder refiner.