Melt refining is one of the most common and effective means to obtain clean liquid metal. Obtaining clean aluminum alloy melt is the guarantee and prerequisite for obtaining high-quality aluminum alloy castings. Hydrogen is the main source of stomata in aluminum alloys. Correctly understand the source of stomata (including the source of hydrogen, the way into the molten aluminum, the form of existence in the molten aluminum, the way of discharge). The derivation process of stomata and the main influencing factors in these processes are the basic premise for effective refining measures. 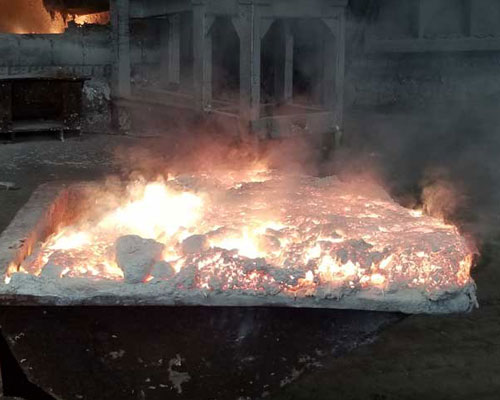 In the melting process of aluminum alloy, the molecular weight of hydrogen contained in the air medium around the metal is not large. Therefore, many researchers believe that the main body of hydrogen absorption is the moisture in the air. When the temperature is higher than 400C, aluminum and water vapor in the air will generate part of hydrogen atoms and part of hydrogen molecules. The former is absorbed by liquid aluminum, and the latter enters the air.

With the continuous change of the water content in the air, the hydrogen content in the molten aluminum is also constantly changing, and the amount of pores also changes accordingly. The water content in the air is 3~4g/m3 in winter and over 18g/m3 in summer. Correspondingly, castings produce the most pores in summer when the air humidity is the highest. If the surface of the aluminum alloy liquid has a dense oxide film, it can significantly slow down the strength of the reaction between aluminum and water vapor.

In the process of metal crystallization, hydrogen atoms, hydrogen molecules and hydrides are precipitated in different forms. The hydrogen atoms diffuse to the metal surface and then leave the adsorption state (evaporate). Hydrogen molecules are removed from the molten metal in the form of bubbles; hydrides are removed in the form of non-metallic inclusions. When the bubbles float up from the molten metal, some of the bubbles fail to float to the interface and stay in the molten metal to cause pores in the casting.

Generally, reducing hydrogen and inclusions in molten aluminum can be solved from three aspects: prevention, discharge and dissolution, namely: