Purification method of molten aluminum is to rely on the adsorption produced by the refining agent to achieve the purpose of removing oxidized inclusions and gases. 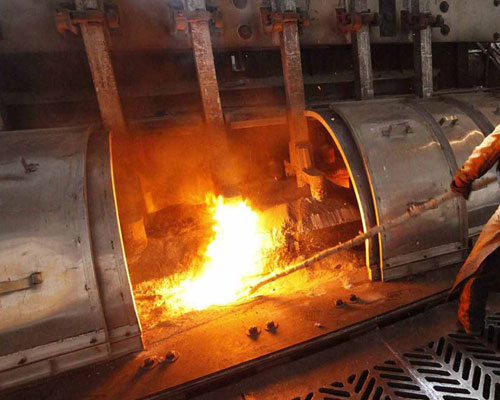 Purge with inert gas. Inert gas refers to a gas that does not chemically react with molten aluminum and dissolved hydrogen, and does not dissolve in aluminum. Degassing With Nitrogen is usually used. The inclusions in the molten aluminum can be automatically adsorbed on the nitrogen bubbles and brought out of the liquid surface. The principle of nitrogen degassing is that the initial pressure in the nitrogen bubble is zero, and there is a pressure difference at the interface between the bubble and the molten aluminum, so that the hydrogen dissolved in the molten metal is continuously sucked into the bubble until the partial pressure of the hydrogen in the bubble and When the partial pressure of hydrogen in the molten aluminum is equal, it stops, the bubbles rise to the surface, and the hydrogen in the bubbles escapes into the atmosphere. Therefore, both oxidation inclusions and hydrogen are brought out during the rise of bubbles. The temperature of passing nitrogen is best controlled at 710-720°C to prevent the nitrogen from reacting with aluminum liquid to form aluminum nitride. Magnesium and nitrogen easily form magnesium nitride. Therefore, aluminum-magnesium alloys are not suitable for refining with nitrogen.

Active gas purging. For aluminum, the main active gas is chlorine, and chlorine itself is not soluble in aluminum, but chlorine reacts quickly with aluminum and hydrogen dissolved in aluminum liquid. The reaction products HCl and AlCl3 (boiling point 183°C) are both gaseous, insoluble in molten aluminum, and can play a refining role together with the chlorine that has not participated in the reaction, so the purification effect is much better than that of nitrogen blowing, and the sodium removal effect is also Significantly. Although chlorine has a good refining effect, it is harmful to the human body, pollutes the environment, easily corrodes equipment and heating elements, and easily makes the crystal structure of the alloy ingot coarse, so ventilation and protection should be paid attention to when using it.

Chlorine salt purification. Commonly used chloride salts are zinc chloride, manganese chloride, hexachloroethane, carbon tetrachloride, titanium tetrachloride and so on. Because the chloride salt has the characteristic of absorbing moisture, attention should be paid to dehydration and keeping dry when using. Zn has control over the content of some alloys, and the dosage should be used when using.

Non-toxic refining agent. Aluminum alloy refining agents are mainly chloride and fluoride salts of alkali metals. The refining effect of the flux mainly depends on its ability to adsorb and dissolve oxidized inclusions. Generally, the solubility of molten salt to oxides is not large, usually 1%-2%. If cryolite is added to the flux, the solubility of the flux to oxides is greatly enhanced.