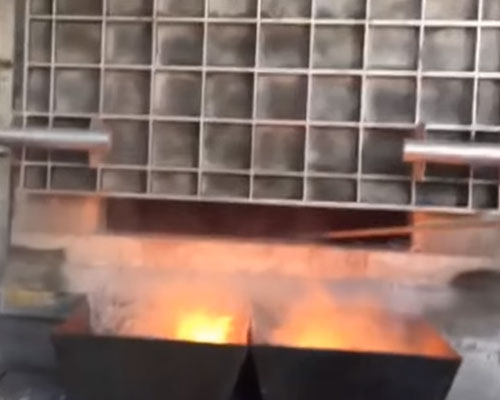 Since the melting point of the covering agent is lower than that of the molten aluminum, the density is smaller than that of the melt, and it also has good wetting properties. A continuous liquid protective film is formed on the surface of the melt to separate the melt in the furnace from the air. In general, oxygen or water vapor cannot or rarely can pass through the covering layer to react with the aluminum liquid, and the hydrogen atoms dissolved in the electrolyte can penetrate the covering layer and escape due to their small radius.

The effect of gas refining depends more on the degree of gas dispersion and the size of the bubbles. The smaller the bubble size, the better the degassing effect. Because the smaller the bubble, the more bubbles caused by the same volume of gas, the larger the surface area; and the slower the rising speed; the longer the contact time with the melt. When using an ordinary T-shaped refiner, the bubble diameter is about 10mm, and the effect is very good; if a 15mm diameter steel pipe is used as the refiner, the bubble diameter can reach more than 300mm, and more nitrogen is used, the degassing effect is still poor. 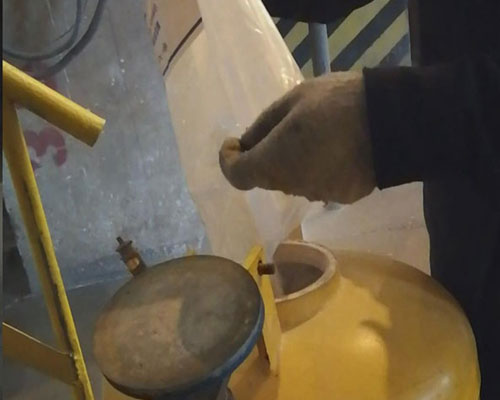 Adopting flux adsorption refining, the refining agent is in direct contact with the aluminum melt, through adsorption and diffusion, so as to achieve a good effect of slag removal. The degassing effect of the flux is mainly in two aspects: one is that the flux chemically decomposes and reacts with the melt to form a gaseous product for diffusion and hydrogen removal; the other is that the oxide film on the surface of the melt is dissolved in the molten aluminum by the Na3AlF6 in the flux The atomic hydrogen diffuses into the gas.

Practice has proved that the hydrogen removal and slag removal effect of the gas refining method is better than the pure flux refining method. The measurement data shows that the hydrogen content in the molten aluminum can be reduced to 325ml/kg± by refining in the furnace, and the oxide inclusions are significantly reduced, which still cannot meet the needs of product casting, and the online degassing system and CFF filtering method must be used to The aluminum liquid is further purified. After the aluminum liquid has been refined in the static holding furnace, the covering agent must be sprinkled on the surface of the aluminum liquid, and the aluminum liquid must be allowed to stand for 10-15 minutes before entering the next process. The purpose of standing: one is to facilitate the upstream of the refining carrier to bring the gas and small non-metallic inclusions in the aluminum liquid out of the liquid surface; the second is to facilitate the sinking of large non-metallic inclusions to the bottom of the furnace.