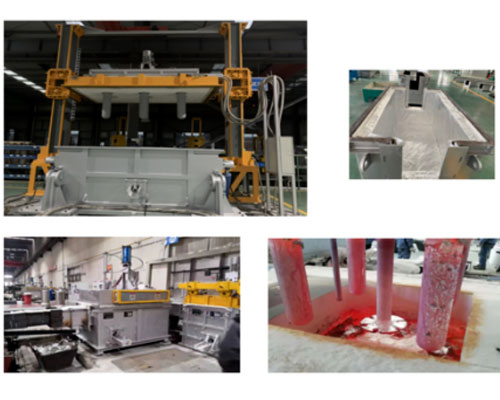 Molten metal, especially molten aluminum in practice, usually contains entrained and dissolved gaseous and solid impurities that are harmful to the final cast product. These impurities may affect the final cast product after the molten metal is solidified, which may hinder processing or reduce the ductility of the final product or poor finishing and anodizing properties. Impurities can come from multiple sources. For example, the impurities may include metal impurities, such as alkali metals and alkaline earth metals as well as dissolved hydrogen gas and entrained surface oxide films that have been destroyed and entrained in molten metal. In addition, inclusions may come from insoluble impurities, such as carbides, borides, etc., or corroded furnace and tank refractories.

One way to remove gaseous impurities from molten metal is through degassing. The physical process involves injecting flux gas into the melt. Hydrogen enters the purge bubble by diffusing through the melt and entering the bubble. In the bubble, the hydrogen adheres to the surface of the bubble and is adsorbed into the bubble itself. Then, the hydrogen gas is carried out of the melt through the bubbles. 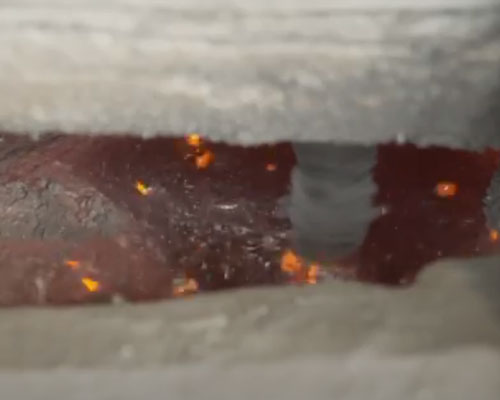 Naturally, there is a great need to improve the degassing of molten metal in order to remove or minimize such impurities in the final cast product, especially for molten aluminum, especially when the resulting metal is used in decorative products such as decorative ornaments or products with key specifications, such as abandonment and extrusion of airplanes, and lightweight aluminum foil. The above-mentioned impurities lead to the loss of properties of the final cast product, such as tensile strength and corrosion resistance.

Strict metal treatment processes (such as flux or melt filtration) have minimized the incidence of such defects. However, although such treatments have generally succeeded in reducing the occurrence of such defects to a satisfactory level, they have been found to be ineffective and/or uneconomical. Conventional gas smelting processes, such as ordinary hearth smelting, involve the introduction of smelting gas into a holding furnace containing a certain amount of molten metal. This procedure requires that the molten metal be kept in the furnace for a considerable period of time while circulating the flux gas, so that the metal being processed remains constant and can be processed.

This method has many shortcomings. Among them, the furnace is idle for a long time during the flux operation, which leads to a decrease in efficiency and an increase in cost. More importantly, the flux has poor coverage of the molten metal, resulting in insufficient flux operation efficiency. This is due to the large bubble size and poor bubble dispersion in the melt. Further factors include restricting the location of the furnace to allow impurities to re-enter the melt before casting, and high emissions due to a large amount of flux required and its circulation location.