In order to obtain a metal melt with low gas content, on the one hand, it is necessary to carefully prepare the materials, strictly control the temperature, quickly melt, and adopt measures such as covering agents to reduce gas absorption. On the other hand, aluminum refining degassing must be carried out in the later stage of smelting to reduce the gas dissolved in the metal to the lowest possible level. 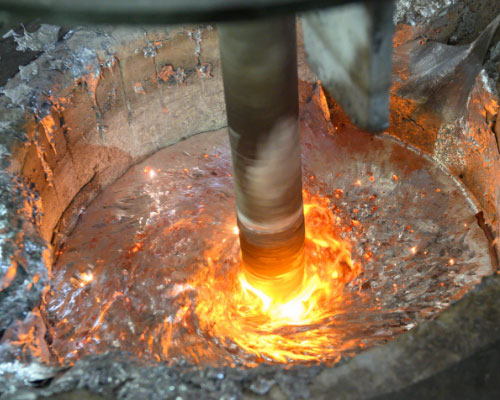 There are three ways to remove gas from metal: one is gas atoms diffuse to the metal surface, and then escape from the adsorption state. The second is to exclude from the molten metal in the form of bubbles. The third is to form compounds with the elements added to the metal, which are eliminated as non-metallic inclusions. Most of this material will not create pores in the metal ingot.

The main purpose of aluminum refining degassing is to remove the gas dissolved in the metal. According to the different degassing mechanisms, the degassing refining methods of aluminum alloy melt can be divided into partial pressure difference degassing, compound degassing, electrolytic degassing, and so on.