Covering Results of flux for aluminum

The Covering Results of flux for aluminum covering agents are applied to the actual production of a recycled aluminum enterprise in Guangdong, and the refining effect is compared with the domestic high-efficiency flux (code-named A) and imported high-efficiency flux (code-named B). The test process is as follows: the regenerated aluminum alloy melt (ADCl2) in the double-chamber melting furnace is respectively transferred into the spoon with a capacity of it, and the amount of aluminum liquid in each experiment is about 6ω0kg, and a series of samples are poured after removing the scum. To characterize the melt quality before refining, then turn on the GBF device (the baffle plate is not inserted into the molten pool), and automatically and quantitatively add the refining flux for aluminum until the liquid level forms a stable vortex. The melt was allowed to stand for 5 and finally, the aluminum slag was removed and collected, and a series of samples were poured to characterize the quality of the melt after refining. In the test, the additional amount of A-type, B-type, and CUI-I-type fluxes was 0.3wt%, 0.2wt%, and 0.15wt% of the aluminum melt, respectively, and the flux for aluminum treatment temperature was set at 740℃. 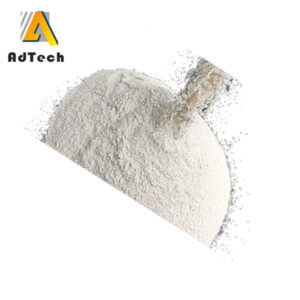