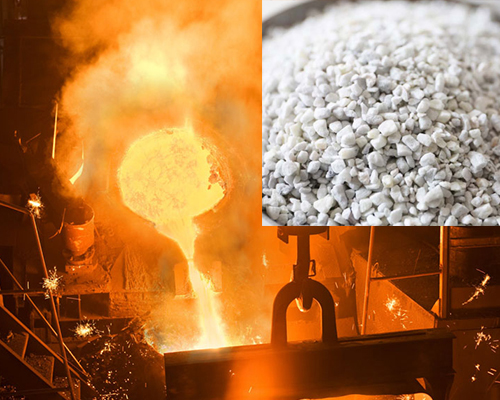 The flux for secondary aluminum smelting in the furnace helps to strip and suspend the oxide film, thereby increasing the coalescence of droplets and reducing the formation of slag. The salt stream wets the oxide film and initiates the decomposition of the film, peeling it from the surface of the molten aluminum droplets. The oxide film fragments peeled from the aluminum are still suspended in the flux. The aluminum droplets, which are denser than the flux, then form a continuous molten pad under the flux layer. The covering flux also prevents further oxide formation by protecting the metal from the furnace atmosphere.

The flux for secondary aluminum melting is mainly composed of a mixture of high-purity sodium chloride and potassium chloride. The high-purity salt used in these processes is extracted and purified from the solution through complex and highly developed methods.