Molten aluminum flux is widely used in the production of primary aluminum and secondary aluminum to improve the quality of the melt and the recovery rate of metallic aluminum. 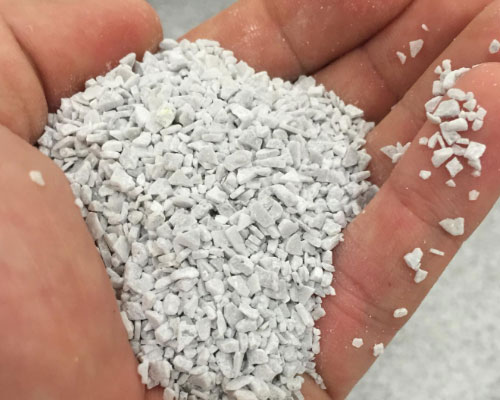 Third, the presence of the flux layer can isolate the contact between water vapor in the atmosphere and the aluminum melt, making it difficult for hydrogen to enter the aluminum melt, and at the same time can prevent the melt from oxidizing and burning.

Fourth, the melting can absorb the oxides in the aluminum melt, so that the melt can be purified. In short, the role of flux refining to remove inclusions is achieved through adsorption, dissolution and chemical interaction with the oxide film and non-metallic inclusions in the melt.

The flux refining method has a good effect on the removal of non-metallic inclusions, but the degree of purification of non-metallic inclusions in the melt is not only related to the physical and chemical properties of the flux, but also depends to a large extent on the refining process conditions. , Such as the amount of flux, the contact time between the flux and the melt, contact area, stirring conditions, temperature, etc.