The flux for melting aluminum is a solid substance used in aluminum foundries (usually a mixture of chloride and fluoride salts), the purpose is to reduce the oxidation of the melt, minimize the penetration of hydrogen in the atmosphere, and absorb the suspended in the melt Non-metallic inclusions, keep the furnace/ladle clear of accumulated oxide walls, reduce the amount of aluminum remaining in the scum, remove dissolved hydrogen from the melt, extract aluminum grains during solidification, and modify silicon-containing alloys Inclusions in silicon oxidize excess magnesium. 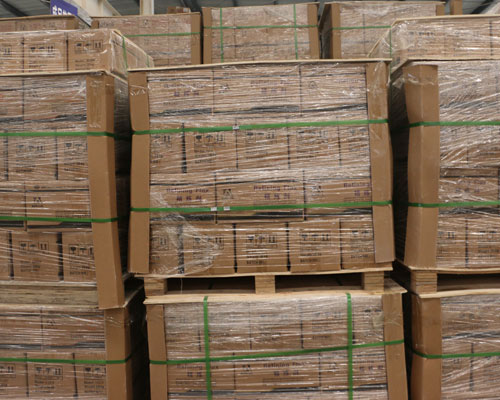 The common practice of flux introduction is manual application.
Most of the flux is applied on the surface of the melt and stirred into the melt. Some flux (degassing, grain refinement) is immersed in the bottom through a clean preheated porous bell jar.

The flux can also be introduced into the melt by injecting it in powder form in a stream of inert gas (argon or nitrogen).
The simplest flux injection technique is to immerse the spray gun in the melt.
The most effective method of flux introduction is injection through a rotary degasser.

The melting point of the covering flux is lower than that of aluminum. The covering flux is applied to the surface of the molten aluminum, forming a continuous layer on the surface of the molten aluminum, protecting the liquid metal from the oxidation and absorption of atmospheric hydrogen. The covering flux is composed of a mixture of NaCl and KCl, and may also contain some additives of CaCl2, CaF2 or KF. Fluoride (CaF2, KF) further lowers the melting point of the flux and improves its cleaning ability. The disadvantage of fluorine-containing flux is that the flux releases harmful fumes at the operating temperature. Sodium-free protective flux is used to melt hypereutectic aluminum-silicon alloys (alloys with silicon content exceeding 12.6%). The hypereutectic alloy is modified with phosphorus, and the addition of phosphorus will lead to the refinement of the silicon primary crystal. Sodium will reduce the purification effect of phosphorus in such alloys.

The slagging flux promotes the separation of the molten aluminum remaining in the slag separation (sometimes up to 80%). In addition to chlorides and fluorides, fluxes also contain oxidizing components (KNO3), which will react exothermically with aluminum when heated. The heat generated by the flux improves the wettability and fluidity of the trapped aluminum, and the aluminum droplets coalesce and flow down to the melt. The slag treated by the slag remover is powdery and dry. It can be easily removed from the furnace. Flux helps reduce the loss of aluminum, which makes it very economically effective, especially in remelting aluminum chips (chips, turning materials, etc.).

The cleaning flux removes oxides suspended in the melt. Similar to flux, cleaning aids consist of a mixture of chloride, fluoride and oxidant. Cleaning flux generates less heat, so its aluminum separation effect is lower. However, they have a better ability to absorb oxide inclusions in the melt.

Fluxes composed of salts containing chlorine and fluorine are used to degas molten aluminum alloys. The degassed flux is usually formed in the form of tablets. When the flux tablets are immersed in the bottom of the furnace with a clean preheated perforated bell, the degassing operation starts. Flux components react with aluminum to form gaseous compounds (aluminum chloride, aluminum fluoride). The gas bubbles and rises in the melt. The partial pressure of hydrogen in the formed bubble is very low, so it diffuses from the molten aluminum into the bubble. Bubbles escape from the melt and then remove the gas through the exhaust system. This process continues until bubbling stops. Degassing agents can also be introduced by injection methods. In this case, the inert gas acts as a carrier for the granular flux. In addition to the degassing effect, the degassing treatment can also remove non-metallic inclusions suspended in the melt (cleaning effect).