The salt flux for aluminum alloy is generally composed of chlorides and fluorides of alkali metals and alkaline earth metals, and its main components are KCl, NaCl, Na3A1F6, Na2SiF6, etc. The physical and chemical properties of the flux (melting point, density, viscosity, volatility, hygroscopicity, and interface with oxides, etc.) play a decisive role in the refining effect. 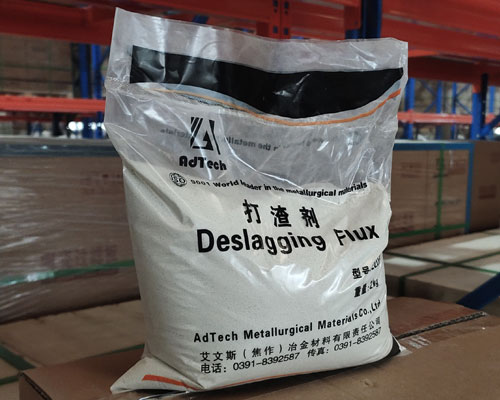 Chloride salt is a common basic component in aluminum alloy flux, and the mixed salt of 45% NaCl + 55% KCl is widely used. Because they have a strong ability to wet solid Al2O3, inclusions and oxide films, and are significantly less than the specific gravity of the aluminum melt at the melting temperature, they can spread well on the surface of the aluminum melt, breaking and adsorbing the surface of the melt. Oxide film. However, for fluxes containing only chloride salts, the crushing and adsorption processes proceed slowly, and manual stirring must be carried out to accelerate the above process. Chloride has low surface tension and good wettability. It is suitable as covering agent. Among them, chloride salts with molecular crystals such as CCl4, SiCl4, A1C13, etc. can be used as purifiers alone, while chloride salts with ionic crystals are suitable for mixed salt flux.

The presence of fluoride salt significantly accelerates the destruction process of the oxide film on the surface of the aluminum melt, and the hydrogen in the melt can easily escape. The fluoride salt (especially CaF2) can increase the surface tension of the mixed molten salt, spheroidize the molten salt that has adsorbed oxides, facilitate separation from the melt, and reduce the loss caused by the solid molten slag entrapped in aluminum. The increase of the surface tension of the melt accelerates the process of flux adsorption and inclusion.