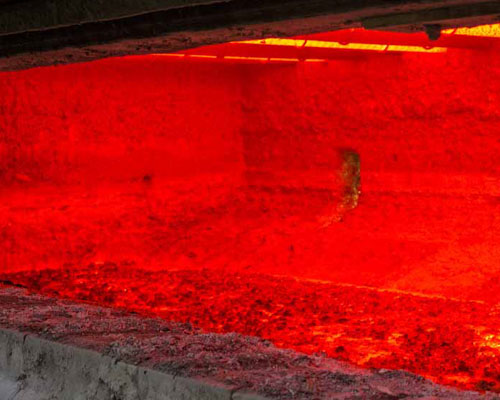 Among the aluminum melt alkali metals, the most harmful is sodium element (Na). The harm of sodium to aluminum alloy casting mainly includes two aspects:

Since sodium is the main alkali metal hazardous element, the effect of removing alkali from aluminum body is mainly determined by the change of sodium content. Generally speaking, after the aluminum alloy melt is purified, the content of alkali metal sodium should be controlled within 5ppm. For Al-Mg alloys with higher Mg content, the Na limit is more stringent.In the 5182 alloy, sodium may cause hot rolling cracks.