The main external manifestations of aluminum casting loss can be divided into two parts: one is pure aluminum ash form, and the other is bulk aluminum and defective aluminum and aluminum slag.

According to the statistics of the melting casting workshop, the non-recyclable pure aluminum ash accounts for about 90% of the casting losses (oxidation, burning and slag formation), and other factors account for about 10%. According to other factors that occupy 10%, further data statistical analysis is conducted, which is mainly caused by the secondary burn loss of bulk aluminum and inferior aluminum and the aluminum content in aluminum ash. Therefore, the internal main causes of casting loss are oxidative burning loss, secondary burning loss such as defective aluminum, and aluminum content in aluminum ash. 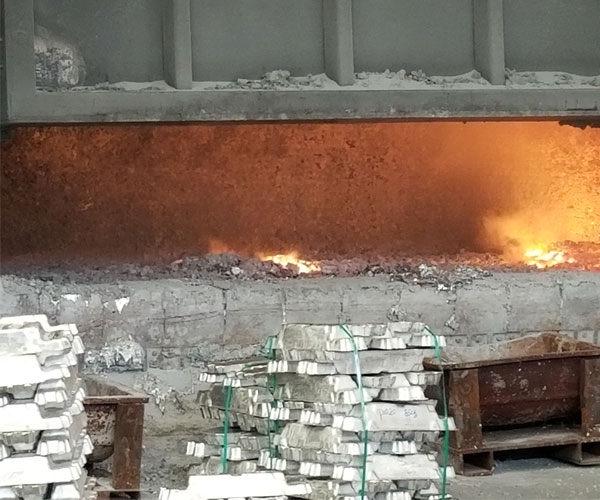 The principle of aluminum oxidation burning can be further understood by the following chemical equation: 4Al+3O₂=2Al₂O₃

In the melting temperature range, aluminum has a great affinity with oxygen and is easily oxidized. After oxidation, an Al₂O₃ film is formed on the surface, and when it is higher than 500℃, it is meta-stable r-Al₂O₃. During the transition from this metastable oxide film to a stable oxide film, volume shrinkage occurs and oxidation and cracking further occur. As the temperature of the molten aluminum increases and the time increases, the faster the oxide film grows, the amount and thickness of the oxide also increase significantly.