The main impurities in 7000 series Al-Zn-Mg and Al-Zn-Mg-Cu alloys are Fe and Si. Fe will reduce the corrosion resistance and mechanical properties of the alloy, especially for alloys with higher Mn content. Therefore, the Fe content should be as low as possible and its content should be limited to less than 0.3%. Si can reduce the strength of the alloy, reduce the bending performance slightly, and increase the tendency of welding cracks. The content of Si should be limited to less than 0.3%. 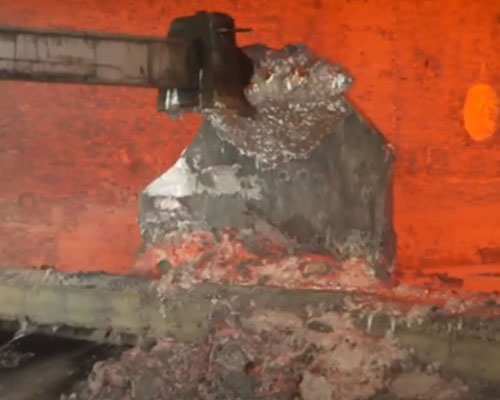 These impurities in 7000 Series mainly exist in the form of hard and brittle FeAl3 and free Si. These impurities also form (FeMn)Al6, (FeMn)Si2Al3, Al (FeMnCr) and other coarse compounds with Mn and Cr. FeAl3 has the effect of refining grains. , But has a greater impact on corrosion resistance. As the content of the insoluble phase increases, the volume fraction of the insoluble phase also increases. These insoluble second phases will be broken and elongated during deformation, and a band-like structure will appear. The particles are arranged in a straight line along the deformation direction. Composition of disjoint bars. Because the impurity particles are distributed inside the grains or on the grain boundaries, during plastic deformation, pores occur on part of the grain-matrix boundary, resulting in microcracks, which become the birthplace of macroscopic cracks, and it also promotes the premature development of cracks.

In addition, it has a greater impact on the growth rate of fatigue cracks. It has a certain effect of reducing local plasticity during failure. This may be due to the increase in the number of impurities and the shortening of the distance between particles, thereby reducing the plastic deformation fluidity around the crack tip. related. Because the phases containing Fe and Si are difficult to dissolve at room temperature, they play the role of notches and are likely to become crack sources to cause the material to fracture, which has a very adverse effect on the elongation, especially the fracture toughness of the alloy. Therefore, in the design and production of the new alloy, the content of Fe and Si is strictly controlled. In addition to the use of high-purity metal raw materials, some measures have also been taken during the melting and casting process to avoid mixing these two elements into the alloy.

AdTech offers aluminum flux for impurities removal, it has the advantage of reducing smoke, depressing burning wastage which protects the environment economically.