Nitrogen degassing aluminium is used for gas blowing refining, it has the characteristics of convenient operation, environmental protection and safety, and low cost, but the refining effect is restricted by the purity of the inert gas itself. Generally, inert gases will always contain a certain amount of moisture and oxygen even if strict purification measures are adopted. After this gas is blown into the molten aluminum, a thin and dense oxide film is formed on the surface of the blown bubble, which prevents the hydrogen in the melt from entering the bubble, which greatly reduces the outgassing rate. When a certain amount of aluminum degassing flux is introduced while Nitrogen Degassing Aluminium, the bubble surface is surrounded by the molten flux film, which not only cuts off the moisture and oxygen in the bubble from contact with the molten aluminum, but also prevents it from forming an oxide film. Moreover, even if oxides are formed, they will be melt-adsorbed, thereby effectively improving the refining effect. 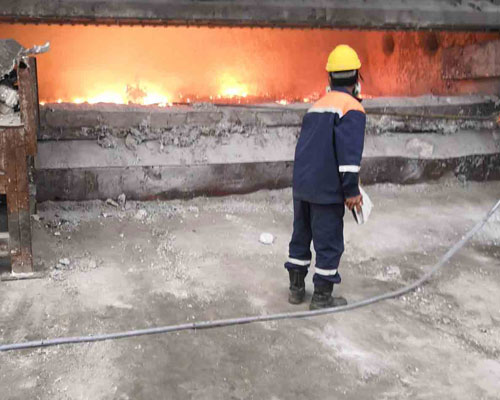 Various experiments have proved that the ability to remove hydrogen is directly related to the surface of the bubble, the thickness of the effective boundary layer, the partial pressure of hydrogen in the bubble, and the diffusion coefficient of hydrogen in the molten aluminum and the bubble. When the molten aluminum is agitated strongly, the thickness of the boundary layer is reduced and the surface area of ​​the bubble dispersion is increased, which is conducive to diffusion, and the hydrogen removal effect is good. In addition, the lower the water vapor content in the gas, the lower the hydrogen partial pressure in the bubble and the better the hydrogen removal effect.