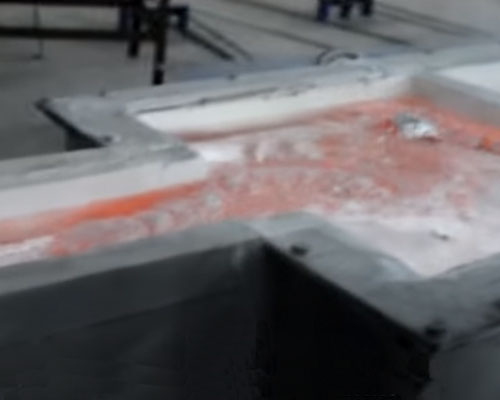 In the adsorption purification treatment technology, chlorine refining is used to generate aluminum trichloride with liquid aluminum and hydrogen chloride with hydrogen. It has both physical and chemical purification effects. The refining effect is obvious, but it causes serious damage to the environment and equipment. Chlorine is the most fundamental culprit that destroys the ozone layer of the atmosphere. Later, it was changed to nitrogen refining, and even 99.99% high-purity nitrogen refining was used, which not only increased the cost, but also had poor refining effects. Although people have realized the seriousness of the problem and are striving to improve the process, years of efforts are still not satisfactory. Non-toxic and pollution-free refining processes (such as refining with inert gases such as nitrogen and argon) are often not enough The refining effect that can be achieved by the chlorine refining treatment with severe environmental pollution.

In recent years, mixed gas refining has been widely adopted abroad, that is, adding a small amount of active gas to high-purity nitrogen or gas, while strengthening the hydrogen removal effect of aluminum alloy melt, it is beneficial to remove the inclusions inside the aluminum alloy melt. The surface of the alloy melt creates dry slag, which can achieve a good refining effect, and the amount of chlorine mixed can be artificially controlled, which has little impact on the environment. Commonly used composite purification gas composition: N2 (or Ar) Cl2; N2 (or Ar) Cl-CO2; N2 (or Ar) CCl4.