Based on the current refining and many existing problems, as well as comparing foreign products, refining flux Improvement imminent.

Foreword In September 2020, President Xi Jinping proposed at the general debate of the 75th United Nations General Assembly that my country should strive to achieve carbon neutrality by 2030 and 2060. On April 30, 2021, during the twenty-ninth collective study of the Political Bureau of the CPC Central Committee, President Xi Jinping emphasized that party committees and governments at all levels must show the strength to grasp the iron marks and stamp on the stones and clarify the timeta 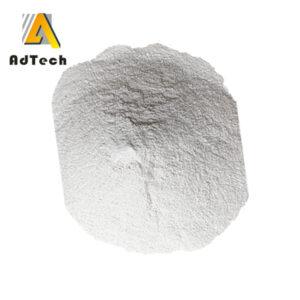 The refining flux for aluminum and aluminum alloys is often composed of chloride salts, fluoride salts, carbonates, sulfates, and nitrates containing alkaline (earth) metal elements, graphite powder, and rare earth compounds. At present, there are many kinds of fluxes on the market, and the refining effect is uneven. Even if the slag removal and degassing effect can meet the qualified requirements, there are still many other problems.

It can be seen from the commonly used refining fluxes for aluminum alloys at home and abroad that: (1) refining fluxes generally have the disadvantage that their functions are too single. slag, etc.), which not only complicates the refining process but uses too much flux and may lead to flux inclusions and serious burning of molten aluminum; (2) The refining fluxes mostly contain harmful components, such as C2CNa2SiF, etc. Na2SiF. At high temperatures, it will decompose to produce SiF4 toxic gas: although C2C1 has a good degassing effect, it will produce C2Cl, AICl3, HCl, and Cl in the process of reacting with the aluminum melt, which will deteriorate the working site environment, harm the health of workers and cause corrosion.