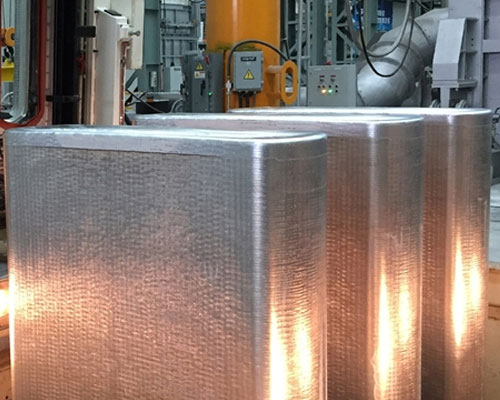 The hot rolling method is to refine and purify molten aluminum into large slabs. The ingot size is generally 600mm thick, 2200mm wide, and 4000mm~8000mm long. After milling, the oxides and defects on the surface of the slab are removed. Then it is heated and rolled to a thickness of several millimeters at a temperature higher than the recrystallization temperature. Due to the large volume of the hot-rolled ingot, the internal structure undergoes multiple recovery and recrystallization during the large plastic deformation process, so that the internal structure of the billet is homogenized, the size and shape of the crystal grain, and the concentration of point defects and linear defects change. Remarkable improvement has been achieved in other aspects.