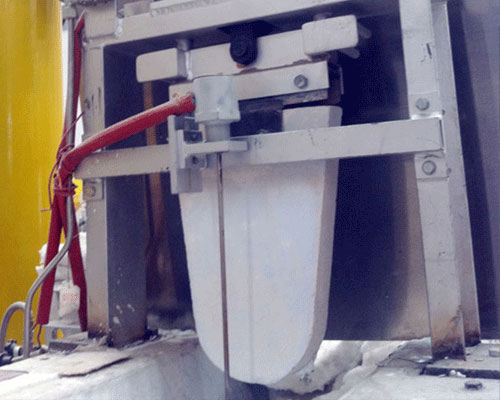 Associated with the launder is a baffle system that directs the fluid flow around the launder to promote static flow, thereby promoting the sedimentation of the medium from the fluid. The structural design of certain baffles of the system can promote the release of air from the fluid. The baffle system further includes an adjustable discharge device for adjusting the amount of air under the baffle to further promote static flow.

The support structure keeps the baffle system in position relative to the casting launder. Although the baffle may be associated with only one side of the launder, it is preferable that the baffle is located on both sides of the washing tank to maximize the settlement of the medium back into the tank.