The presence of gas (usually hydrogen) and other particles in gravity or sand castings can cause bubbles, which can severely impair the appearance and performance (overall strength and density) of the finished product. This makes effective metal degassing critical to the quality of the casting process.

Traditionally, graphite is the most widely used material for rotor degassing, due to the wear resistance and oxidation resistance of silicon carbide, and the high density of the isostatic one-piece design. In addition, the rotor head is optimized to reduce bubble size and achieve the best gas diffusion effect through an innovative six-blade design.

Field tests on metal casting equipment show that compared with graphite, the oxidation level of silicon carbide degassing rotors at working temperature is significantly lower. It is noted that with the deformation of the head geometry, the degassing performance of the graphite rotor decreases, and the melt density of the silicon carbide degassing rotor is actually significantly higher than that of the graphite rotor over time. 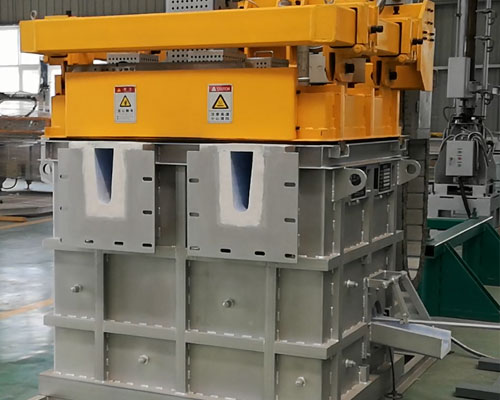 Some devices that stir molten metal while introducing gas at the same time are called rotary degassing machines. Rotary degasser is mainly used for the purification and hydrogen degassing of aluminum melts. The smaller and more frequent the bubbles are removed, the better the melt can be degassed. The rotary degassing device can not only be used in the degassing process, but also can remove the oxides remaining on the surface.

All standard process gases are suitable for purge or purge gas. Rotary degassing is usually carried out with an inert gas suitable for the affected melt, such as an inert gas. Nitrogen or argon is used for the aluminum melt. In some cases, the inert purge gas will also be mixed with low concentrations (<2.5%) of sulfur hexafluoride or chlorine. In the aluminum melt, due to the fine distribution of the rotor purge gas, the hydrogen content is greatly reduced much faster than other purge gas methods. Using this principle-for almost all static bath surfaces-the distribution of bubbles in the entire processing vessel is very wide, so that the processing time can be shortened through effective degassing and melt purification.