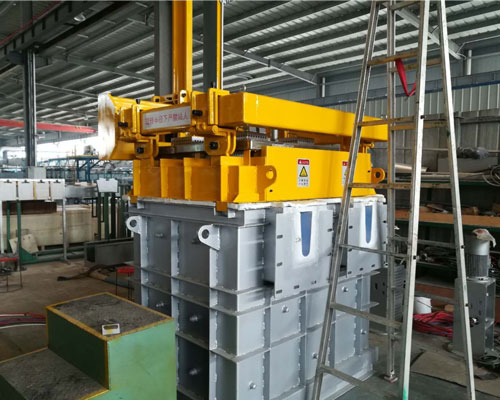 According to the humidity conditions in the ambient atmosphere, the on-line degassing system is used to reduce the hydrogen dissolved in liquid aluminum to the minimum, and reduce the alkali metals (sodium, calcium and lithium) and inclusions in the aluminum liquid. The on-line degassing unit is directly installed between the runner and the casting machine, and argon is injected into the liquid aluminum through a hollow graphite rotor.

The impeller installed at the end of the graphite rotor cuts the gas into tiny bubbles, and argon bubbles are scattered on the liquid surface.

The on-line degassing system box isolates the atmosphere, and there is only less than 1% oxygen inside, which reduces the emission of smoke and aluminum slag.

In the on-line degassing system, the emission of aluminum slag and dust is very small. The design can be matched according to the configuration space requirements of casting workshop. In terms of metal cleanliness, the efficiency of removing alkali metals and inclusions is similar to that of traditional degassing tank using chlorine and argon mixture.