The inclusions of molten aluminum have a great impact on the use of aluminum plates, so the removal of inclusions must be strictly controlled during production. 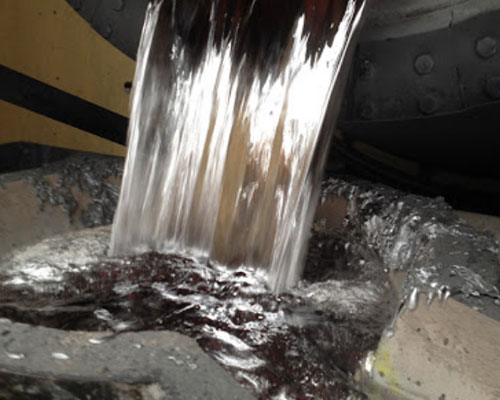 The main causes of inclusions are:

(1) In the process of feeding and stirring, the oxide film formed on the surface of the melt is damaged and mixed into the molten aluminum. Because the specific gravity of the oxide film is similar to that of the melt, the sedimentation is slow, and it is easy to enter the cast plate during casting and rolling. The oxide film (Al2O3) pollutes the metal greatly. It has a high melting point and exists as a solid in liquid aluminum. In the cast-rolled sheet, it is much harder than the matrix, and with the increase of the deformation, these places will appear similar to scratch-like defects.

(2) When the machine is stopped, there are more slag and aluminum in the launder. When the plate is re-upped, the slag will cause the molten aluminum to enter the cast-rolled plate and affect the quality of the plate. In addition, the aluminum silicate fiber felt will be damaged after the machine is shut down, resulting in partial peeling off. These fall-off substances will also enter the cast-rolled sheet with the molten aluminum in the next production. After cold rolling to a certain extent, surface quality problems will occur.

(3) For the addition of grain refiner Al-Ti-B wire, since the coarse TiAl3 agglomerates and TiB2 agglomerates cannot be completely dissolved during the period from the time of addition to the production of the plate, during the rolling process, this kind of clumps will elongate into strips. When it appears on the surface, after surface treatment, linear defects similar to scratches appear.

(4) Since the casting tips and nozzle material used is very easy to produce sintered products, after 40 to 60 hours of production, these sintered products are easy to fall off and enter the cast-rolled plate with the molten aluminum. 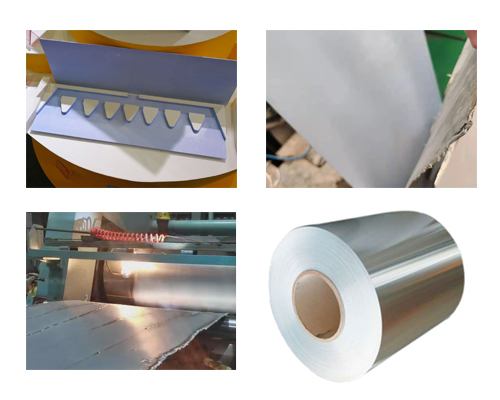 The removal of inclusions mainly does the following work:

(1) Strict process management, and do a good job of degassing and slagging in smelting.
(2) Pay attention to the use and maintenance of the runner, and replace the runner lining regularly.
(3) Pay attention to the addition of Al-Ti-B wire during operation, stir the adding part at any time, and beware of local deposition of Al-Ti-B wire.
(4) When selecting the nozzle material, it must be noted that its material must have good high temperature resistance, and it is not easy to produce sintered products at high temperatures.
(5) Do a good job of degassing and removing slag from the degassing unit.
(6) Use a ceramic foam filter to filter aluminum melt to improve its purity.