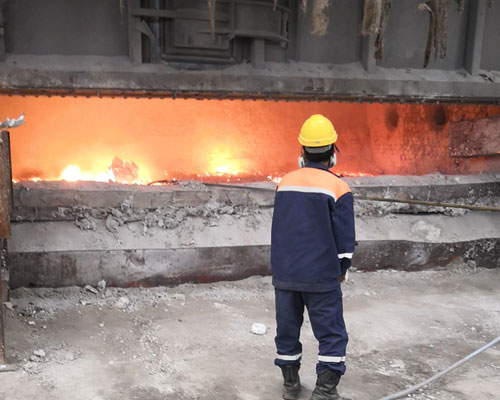 Compound slagging is based on the use of alkaline oxides and acid fluxes, or complex compounds or complexes formed by acid oxides and alkaline fluxes. Because there is a strong binding force between the oxide in the aluminum liquid or the flux. Under certain temperature conditions, they can interact to form double-salt slags with lower density, lower melting point. And it is easy separation from metals, so as to remove them from the aluminum surface.

The compound slagging mainly takes place on the surface of the metal melt, and this reaction also occurs at the contact point between the slag and the lining. Non-metallic inclusions suspended in the metal melt, under the effect of the distribution law and density difference, continuously float from the inside of the melt to the surface slag to participate in the slag-making reaction.

When the temperature of the molten aluminum is low and the number of inclusions is large, the viscosity of the molten aluminum is large, and the time for the slag to float or sink is long. When the alloy temperature is constant, because the viscosity of the melt and the density difference between the melt and the slag will not change much, the size and shape of the slag will have a great influence on the time of floating or sinking.

Therefore, the density difference is mainly by increasing the size of the slag inclusion to facilitate separation from the melt. During the aluminum smelting, when the radius of A1203 is reduced from 0.1mm to 0.001mm, the required standing time is increased from 5s to 13.8h, that is, it is unfavorable for the slag to float or sink. Aluminum alloys are usually allowed to stand for 20 to 30 minutes, but the slag removal effect is still very limited. This method is time-consuming and energy-intensive, and it is difficult to remove finely dispersed slag inclusions. Generally, at a certain superheating temperature, after the flux is stirred and slagged, it is allowed to stand for a period of time to receive a certain slag removal effect. Flotation principle utilizes a certain physical and chemical action of flux or inert gas and oxide, that is, adsorption and partial dissolution, causing scum to remove the oxide. The melting temperature of aluminum alloy is low, but the melting point of its oxide is very high. In this case, it is difficult to use the chemical method. Therefore, it is more suitable for the flotation method.
When the aluminum alloy is refined with nitrogen gas, many oxidized slags will float to the surface while dehydrogenation. The situation of this kind of gas flotation slag removal is basically the same as that of flux flotation slag removal.

When the bubbles pass through the aluminum liquid, the dispersed oxide particles hit the bubbles, they are adsorbed on the bubbles, and float to the liquid surface as the bubbles rise. The greater the number of bubbles and the larger the bubble size, the better the slag removal effect. The inert gas used is generally nitrogen and argon. Aluminum alloys are also commonly used as a flotation agent mainly based on chloride salts.

After the non-metallic inclusions are dissolved in the liquid flux, they can separate from the metal melt as the flux floats and sinks. The ability of fluxes to dissolve entrapped slag depends on their molecular structure and the resulting chemical properties. When the molecular structure and chemical properties are similar, they can be miscible at a certain temperature. Adding 10% cryolite to the mixture of an equal amount of sodium chloride and potassium chloride can dissolve 0.15% Al203. And as cryolite increases, the solubility of alumina in the flux also increases. 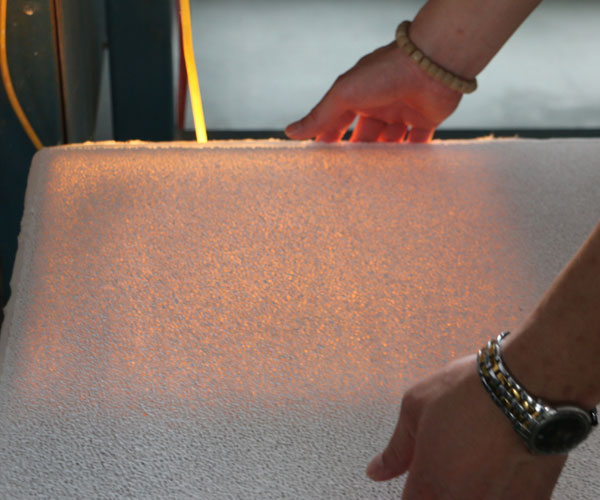 The above-mentioned aluminium slag removal methods are useless for non-metallic inclusions that have little difference in melt density, small particle size, and extremely high dispersion. Therefore, when the metal melt passes through the ceramic foam filter medium, mechanical filtration has a mechanical blocking effect on non-metallic inclusions. In addition, the filter medium also has an adsorption effect on the inclusions. Generally, the smaller the gap and the greater the thickness of the filter media, the lower the flow rate of the aluminum liquid, and the better the mechanical filtration effect.