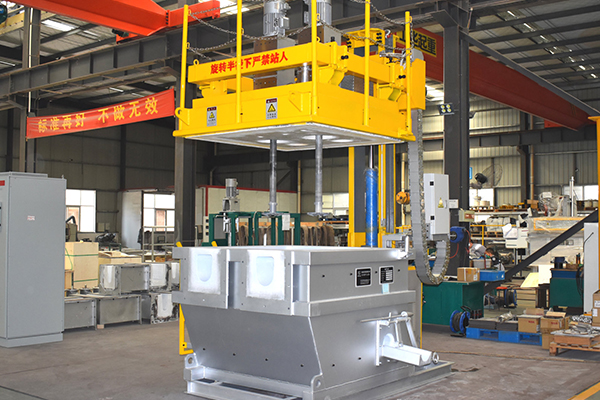 Aluminum Degassing Machine with Nitrogen requires the removal of hydrogen from the melt prior to flushing the melt with inert nitrogen gas. Understanding hydrogen removal mechanisms is critical to identifying and influencing factors that influence optimal removal methods.

Atomic hydrogen is dissolved in liquid aluminum and distributed evenly. When dry inert gas bubbles are introduced into the melt, the internal partial pressure of hydrogen is almost zero.

The hydrogen concentration in the bubbles increases as they rise to the surface of the melt. The transfer rate of hydrogen depends not only on the diffusion rate but also on the total area of the bubble interface. Inert gases have large interfacial areas for smaller bubbles.

Therefore, Aluminum Degassing Machine with Nitrogen needs to produce the smallest bubbles at the bottom of the treatment vessel. This is achieved at high rotor speeds; The melt is also mixed to obtain a uniform distribution of hydrogen.

The development of rotary degassing systems with rotors solves the problem of insufficient gas distribution and provides bubbles in the range of 3 to 10mm in diameter.