The ceramic foam filter for metal casting can filter out fine inclusions and significantly improve the mechanical properties and appearance quality of the castings. It is the first choice for melting and foundry. 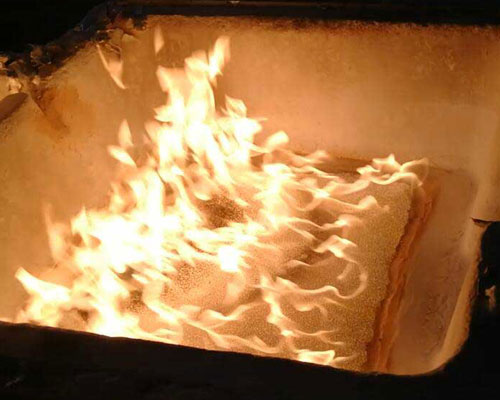 Part of the inclusions in aluminum alloy come directly from the charge, most of which are formed during the melting and casting process, mainly oxide inclusions.

All the inclusions before casting are called primary oxidation inclusions, which can be divided into two categories according to their size: one is the large inclusions with uneven distribution in the macrostructure, which makes the alloy structure discontinuous and reduces the compactness of the casting. It becomes the source of corrosion and the source of cracks, thereby greatly reducing the strength and plasticity of the alloy. The other is small scattered inclusions, which cannot be completely removed after refining, which will increase the viscosity of the metal melt and reduce the feeding capacity of the molten aluminum during the solidification process.

In addition to using ceramic foam filter plates to remove impurities, it is also necessary to prevent re-contamination of the filtered clean aluminum liquid.