Ceramic Foam Filter MOZAL Aluminum can effectively block the slag in molten metal. When the molten metal passes through the ceramic foam filter with a complex structure, the filter medium filters out the inclusions larger than the pore size of the filter surface through mechanical separation, and makes them precipitate at the filter.

As the accumulation of inclusions on the surface of the foam ceramic filter increases, a layer of “filter cake” will gradually be formed, which further narrows the flow channel of the molten metal. Therefore, the surface of the new filter media can filter out finer inclusions. At the same time, the inside of the medium also has a filtering effect. Among the many small holes penetrating the ceramic body are possible positions for intercepting inclusions.

When the molten metal flows through the foam ceramic body, it is divided into many small streams, which increases the contact area and contact probability of the inclusions in the molten metal and the filter medium. Because the surface of the filter is extremely small uneven surface, it has electrostatic adsorption and adhesion interception effect on inclusions. 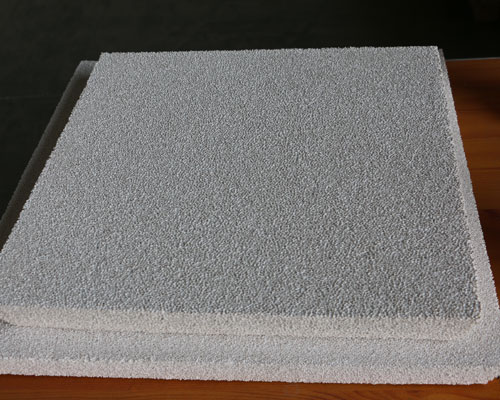 Mozambique is a country in southern Africa. MOZAL Aluminum Corporation is the country’s largest industrial employer and has made significant contributions to the local economy. The aluminum plant is located only 20 kilometers west of Maputo, the capital of Mozambique.

The MOZAL aluminum smelter is the country’s largest private investment and the first large-scale foreign direct investment of US$2 billion, helping Mozambique rebuild after a period of turmoil.