In the double-roll aluminum casting and rolling process, the distribution caster tips and nozzle have a great influence on the quality of the caster rolling strip. There are defects, such as plate shape, hot zone, holes, surface cracks and subcutaneous wrinkles, etc., because the aluminum melt flow is not uniform in the width direction of the casting nozzle. A suitable distribution caster tips structure is of great significance for achieving stable, efficient, fast and continuous casting and rolling production. 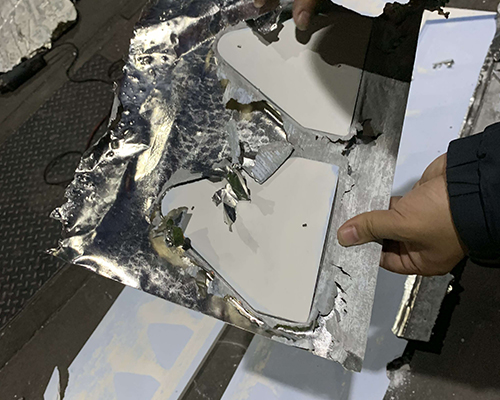 The metal temperature distribution in the entire mouth cavity is also relatively uniform, and the difference between the temperature of the molten aluminum in the middle of the nozzle cavity and the temperature of the molten aluminum on both sides is significantly reduced. It has been observed in actual production that as long as the liquid level of the front box reaches a certain value, the time for the metal to flow out of the feed nozzle is roughly the same, and the flow of the metal should be smooth and tidy.

The distribution and supply caster nozzles are relatively uniform in metal flow and temperature distribution. When the liquid metal contacts the roll surface of the roll, the heat transferred to the roll is basically the same, so that when the roll is deformed as a whole, there is no phenomenon of large local thermal convexity, which can form a relatively large good parabolic shape ensures that the cast-rolled strip has a good plate shape.

How to Use Caster Tip

How to Use Caster Tip