Hydrogen is the only gas that is appreciably soluble in aluminum and its alloys. Its solubility varies directly with temperature and the square root of pressure. During the cooling and solidification of molten aluminum, dissolved hydrogen in excess of the extremely low solid solubility may precipitate in molecular form, resulting in the formation of primary and/or secondary voids. AdTech offers fluxes, online degassing unit for Hydrogen Removal in Molten Aluminum. 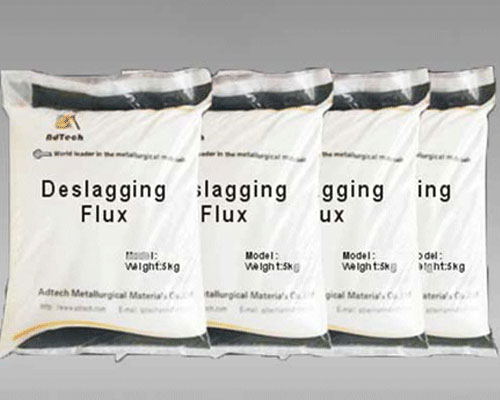 There are numerous sources of hydrogen in aluminum. Moisture in the atmosphere dissociates at the molten metal surface, offering a concentration of atomic hydrogen capable of diffusing into the melt. The barrier oxide of aluminum resists hydrogen solution by this mechanism, but disturbances of the melt surface that break the oxide barrier result in rapid hydrogen dissolution. Alloying elements, especially magnesium, may also affect hydrogen absorption by forming oxidation reaction products that offer reduced resistance to the diffusion of hydrogen into the melt and by altering liquid solubility.

Two types or forms of hydrogen porosity may occur in cast aluminum. One is inter-dendritic porosity, which is encountered when hydrogen contents are sufficiently high that hydrogen rejected at the solidification front results in solution pressures above atmospheric. Secondary (micron-size) porosity occurs when dissolved hydrogen contents are low, and void formation is characteristically subcritical.

Finely distributed hydrogen porosity may not always be undesirable. Hydrogen precipitation may alter the form and distribution of shrinkage porosity in poorly fed parts or part sections. Shrinkage is generally more harmful to casting properties. In isolated cases, hydrogen may actually be intentionally introduced and controlled in specific concentrations compatible with the application requirements of the casting in order to promote superficial soundness. 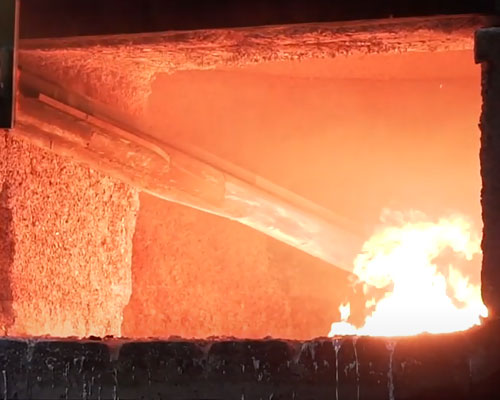 The disposition of hydrogen in a solidified structure depends on the dissolved hydrogen level and the conditions under which solidification occurs. Because the presence of hydrogen porosity is a result of diffusion-controlled nucleation and growth, decreasing the hydrogen concentration and increasing the rate of solidification act to suppress void formation and growth. For this reason, castings made in expendable mold processes are more susceptible to hydrogen-related defects than parts produced by permanent mold or pressure die casting.

Dissolved hydrogen levels can be reduced by a number of methods, the most important of which is fluxing with dry, chemically pure nitrogen, argon, chlorine, and freon. Compounds such as hexachloroethane are in common use; these compounds dissociate at molten metal temperatures to provide the generation of fluxing gas.

Gas fluxing reduces the dissolved hydrogen content of molten aluminum by partial pressure diffusion. The use of reactive gases such as chlorine improves the rate of degassing by altering the gas/metal interface to improve diffusion kinetics. Holding the melt undisturbed for long periods of time at or near the liquidus also reduces hydrogen content to a level no greater than that defined for the alloy as the temperature-dependent liquid solubility.