Hypereutectic Al-Si alloy has a high silicon content, which reduces the thermal expansion coefficient of the alloy and improves wear resistance. It is suitable for wear-resistant parts such as pistons of internal combustion engines. There are tabular primary silicon and needle-shaped eutectic silicon in the hypereutectic Al-Si alloy structure. Primary crystal silicon as a hard point can improve the wear resistance of the alloy, but because it is hard and brittle, it is unfavorable to the mechanical properties of the alloy and deteriorates the cutting performance of the alloy. Therefore, modification of Al-Si alloy is necessary. 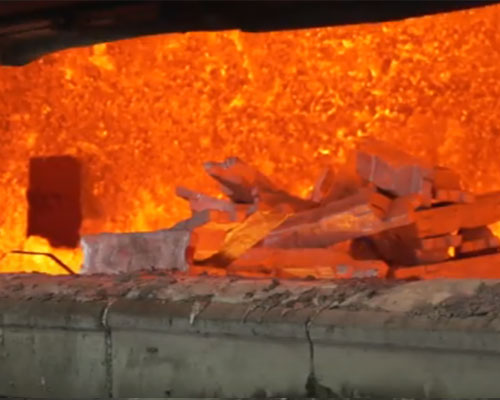 For a long time, the refinement of primary crystal silicon has been deeply studied. Using ultrasonic vibration crystallization method, rapid cooling method, overheating melting, low temperature casting, etc. can achieve certain results. But the effect is the most stable, and the most valuable in industry is the addition of aluminum alloy modifier.

Currently, the actual modifier used in production is elemental phosphorus. The earliest use of red phosphorus, when the addition amount is 0.5% of the alloy weight, the primary silicon can be refined. However, because phosphorus has a low ignition point (240°C), it is not safe to transport. When it deteriorates, phosphorus will burn violently, produce a lot of smoke, pollute the air, and also make the aluminum liquid absorb more gas, so phosphorus is often mixed with other compounds. The more commonly used method in the industry is to add in the form of Cu-P master alloy. The phosphorus content of the master alloy is generally 8% to 10%, and the addition amount is between 0.5% and 0.8%.

Regarding the mechanism of phosphorus’s modification of Al-Si alloy, it is generally believed that phosphorus forms a large number of high melting point AlP particles with Al in the alloy liquid. The crystal structure of AlP and the silicon phase are similar, and the lattice constants are similar. AlP is a zinc blende structure. The lattice constant a=5.451, the melting point is 1060℃, the lattice constant a=5.428 of the silicon crystal, the minimum interatomic distance between AlP and silicon is also very close, silicon is 2.44, AlP is 2.56, AlP can be used as a non-spontaneous primary silicon Core to refine the nascent silicon.