The silicon phase in the aluminum-silicon alloy eutectic will grow into flakes under spontaneous growth conditions, and even thick polygonal plate-like silicon phases appear. These forms of silicon phase will severely cleave the Al matrix, causing stress concentration at the tips and edges of the Si phase, and the alloy is likely to follow the grain boundaries. Or the plate-shaped Si itself cracks to form cracks, which makes the alloy brittle, the mechanical properties, especially the elongation, are significantly reduced, and the cutting function is not good. In order to change the existing state of silicon and improve the mechanical properties of the alloy, the modification treatment technology has been used for a long time. 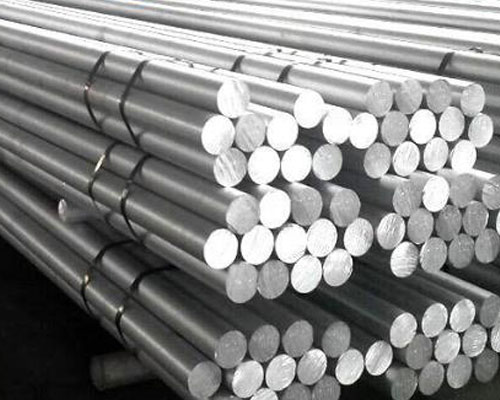 Sodium is the earliest and most effective eutectic silicon metamorphic element. There are three ways of adding sodium metal, sodium salt and sodium carbonate.

The initial modification agent used for metallic sodium is metallic sodium. Sodium has the best modification effect and can effectively refine the eutectic structure. Add a small amount (about 0.005% to 0.01%) to remove the eutectic silicon phase from the needle The shape changes into a completely uniform fibrous shape. However, there are some shortcomings of using metal Na metamorphism. First, the metamorphism temperature is 740℃, which is close to the boiling point of sodium (892℃). Therefore, the aluminum liquid is easy to boil, resulting in splashing, which promotes the absorption of aluminum liquid oxidation and unsafe operation. Secondly, the specific gravity of sodium is small (0.97), and it is enriched in the surface layer of the aluminum liquid during the metamorphism, so that the upper aluminum liquid is over-modified, and the bottom is under-modified, and the metamorphic effect is extremely unstable. At the same time, sodium easily reacts with water vapor to generate hydrogen, increasing the gas content of the aluminum liquid. Sodium is very active in chemistry and easily reacts with oxygen in the air. Generally, it should be soaked in kerosene for preservation, and kerosene must be removed before use. This is also a very difficult thing, but if not removed, it will bring gas and inclusions into the aluminum liquid.

Sodium salt. The modification agent generally used in production is a mixture containing halogen salts such as NaF, which utilizes the reaction of sodium salt and aluminum to generate sodium to play a modification role. However, these sodium salts are easy to bring into the water vapor, which will increase the alloy’s tendency to getter oxidation. At the same time, these sodium salts have a corrosive effect on the environment and damage the health of the body.

Sodium carbonate. The sodium carbonate-based modification agent is a pollution-free modification agent that should be developed to overcome the environmental problems of using the sodium salt modification. That is to say, sodium carbonate is used to react with aluminum and magnesium at high temperature to generate sodium and play a metamorphic role. The reaction process and reaction products are non-toxic. Similarly, this kind of pollution-free modifier also has the problem of absorbing water and increasing the tendency of aluminum alloy to getter oxidation.
There is another shortcoming that can not be ignored when using sodium modification, that is, the modification time is short, and it is a non-long-term modification agent. The validity period of sodium salt modifier is only 30min～60min. After this time, the modification effect disappears by itself. The higher the temperature, the faster the failure. Therefore, the modified aluminum liquid must be used in a short time, and must be re-modified when remelted. Moreover, it is difficult to accurately control the process of sodium metamorphism, so sodium metamorphism is gradually being replaced by some long-term metamorphism methods.

Strontium metamorphism has the following advantages: