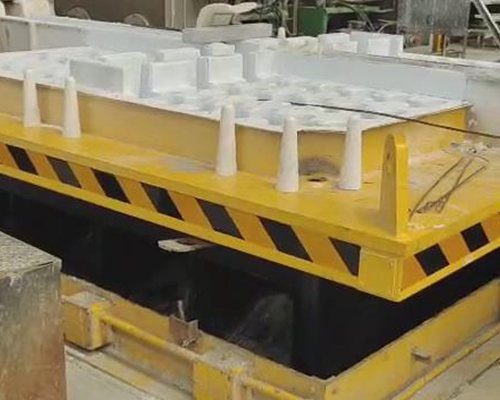 The following should be noted during the molten aluminum hot top casting stage:

(1) This stage is the most prone to failure in casting, and it is prone to explosions, burns and other vicious accidents. According to relevant statistics, more than 70% of accidents in casting occurred at this stage. Therefore, special attention should be paid to safety at this stage, and the on-site personnel should be minimized.

(4) Pay attention to observation at this stage. The mold with aluminum leakage should be blocked with a ceramic fiber plug in time to avoid too much aluminum leakage, thereby avoiding explosions or other accidents.

(6) Generally, the casting should be terminated in time when the aluminum leakage or plug aluminum reaches more than 5 molds to avoid danger.

(7) At this stage, the liquid level of the casting platform will change greatly. Try to avoid large molten aluminum rolls. Pay attention to the tilting rate of the standing furnace or the adjustment of the manual furnace eye. The liquid level of the platform should be adjusted in a short time. To reach a stable value, the general stable value should be 30 mm to 40 mm lower than the highest surface of the platform.