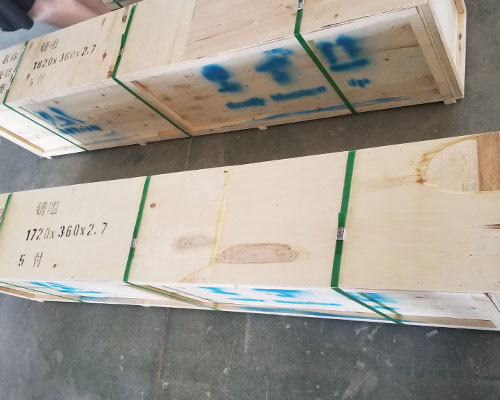 The roll gap of casting and rolling is generally slightly smaller than the thickness of the strip. When the thickness of the thin strip is 0.5~2mm, the roll gap is very small. How to evenly deliver the molten aluminum to the roll gap, the cavity design of the caster tip and nozzle is very important. AdTech caster tip plate adopts a new type of ceramic fiber material, which has high strength and rigidity and low thermal conductivity, and does not pollute the molten metal, and will not change after long-term use.

Under the conditions of high speed casting rolling, the rolling force is greatly improved, which increases the deformation of the stand and the roll system. For thin strip blanks, higher plate shape and dimensional accuracy are required. Therefore, the rigidity of the frame and the thickness of the roller sleeve must be increased accordingly.

Cooling and Control of Casting Roll

Reducing the time that the charge is exposed to the air can reduce the intake and surface oxidation of the charge, greatly shorten the production cycle from charge to ingot, and improve product quality and production efficiency.