In the continuous casting and rolling process of the slab, the liquid metal uses the static pressure of the liquid level of the front box to continuously deliver the liquid metal to the roll gap through the feed nozzle. When the metal melt gushes from the feed nozzle and the casting roll, the surface touches, it starts to crystallize. The gap between the ceramic fiber caster tip and the casting roll is called the nozzle roll gap. 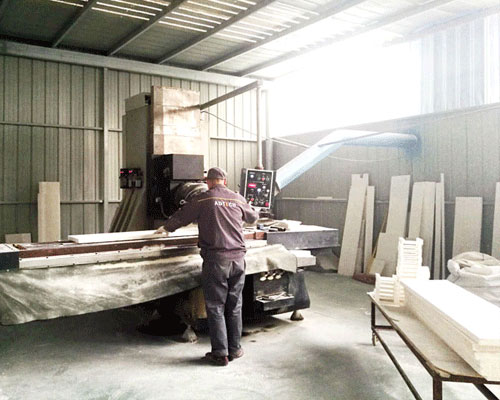 The size of the nozzle roll gap has a great influence on the product quality of the cast-rolled strip. In the process of adjusting the nozzle roll gap, the thermal expansion of the nozzle itself, the expansion when filled with molten aluminum, and the radius of curvature of the oxide film should be considered. And the melt surface tension and other factors, so that the gap between the roll and the nozzle roll can be determined according to the thickness, width and alloy type. When the gap between the nozzle roll is too small, the distance between the casting roll and the nozzle is too close, and it is easy to form slag on the nozzle, so that the aluminum slag forms a small, uneven sticky aluminum tape on the surface of the roll in the circumferential direction, and a phase is formed on the surface of the strip. Corresponding to the uneven lines along the length, this is the longitudinal stripes; when the mouth gap is too large, the oxide film will be broken, and the residual oxide will adhere to the roller and be brought into the gap between the nozzle rollers, so that the oxide film is sandwiched between the nozzle roller gap, causing local micro-compression of the casting nozzle here, causing uneven melt distribution and slag sticking, so that the solidification rate on the surface of the strip undergoes periodic changes, the dendrite spacing also produces periodic changes, and longitudinal stripes are accompanied. Therefore, reasonable adjustment of the nozzle gap plays a vital role in product quality.