According to the planned thickness of the cast-rolled slab, the known roll diameter, roll crown and the characteristics of the cast-rolling machine, the rolls should be pre-determined and adjusted carefully when installing the casting nozzle. After adjustment, the roll gap on both sides should be exactly the same, no deviation is allowed. 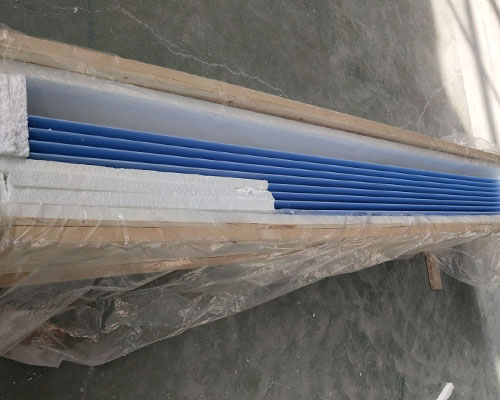 Do a good job of assembling the runner, front tank, liquid level stabilizer, and distributor, and each connection point must be well connected. Prepare to run the slag before the vertical board. After checking and confirming that it is correct, discharge the vertical board.

Before putting the molten aluminum, the rolls should be heated to remove the adhering water on the surface of the rolls to prevent the molten aluminum from exploding when standing up the plate. For the inclined gadolinium casting machine, put the aluminum liquid, let the high-temperature melt heat the launder, the front box, the distributor and the roller, and increase the rotation speed of the roller, so that the aluminum liquid falls into fragments or is pulled into the waste box.

When the launder, front box and roll are heated to a predetermined temperature, slow down the rotation speed of the roll to the normal rolling range, and wait until it is normal. Observe the board situation carefully. When the board is out, the head is basically in a straight line and is relatively neat, and the difference between the board and the board is generally qualified. Otherwise, the difference between the same board may exceed the standard. Then observe whether there are any abnormalities on the board surface and the ear blocks on both sides, find the problem, and deal with it immediately.

Add modifier. The modifier should be added after online refining and before filtering. The addition temperature is between 715-730°C. With the extension of time, the modifier may produce a certain amount of precipitation before filtration, which will affect the filtration and deterioration effect. Therefore, the filter box should be properly stirred regularly to ensure the uniformity of the modifier composition; when the pressure head difference before and after the filter is too large to affect the flow and quality, the filter should be replaced in time.