A degasser system using a rotor in a stator or a molten aluminum refining system for gas removal will generally involve the use of one or more injectors or injection devices, such as a rotating rotor device, to inject inert gas. The injector usually introduces an inert gas (such as argon) into the molten metal through a large number of bubbles, and the injector can cut and disperse into the molten metal so that the inert gas saturates the molten metal. In systems that do not use a stator, gas may be injected through the center of the rotating rotor shaft, but in many applications, it is desirable or best to use a stator for process and other reasons.

An inert gas is usually introduced into the molten metal near the bottom of the containment vessel, and the bubbles are dispersed and allowed to rise to the surface of the melt, thereby desorbing the dissolved hydrogen in the process. Chlorine as the aforementioned small amount (such as 0.5% or less) can help break the bond between any non-wetting inclusions in the molten aluminum, so that the inclusions are more easily attached to the rising bubbles and are floated or lifted to The molten surface of molten aluminum. An additional amount of chlorine can be added to the inert gas to chemically react with the incoming alkali metal (such as sodium, lithium, calcium or others) to form a chloride salt, which also floats on the surface of the molten aluminum Or on the molten surface. 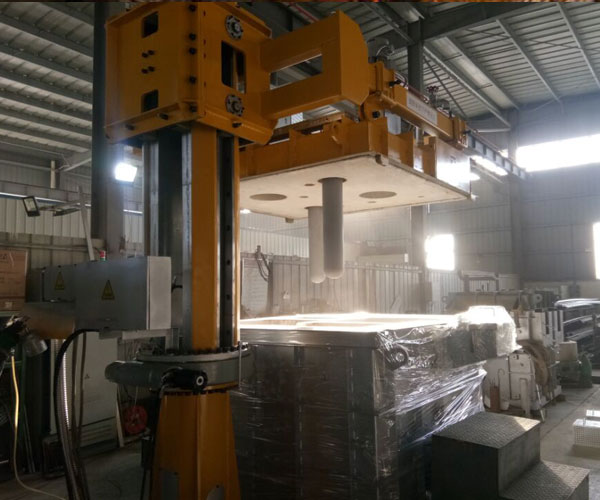 Generally, inclusions, solid salts and other materials floating on the surface of the melt form so-called scum, which can then be skimmed off the surface and removed as waste.

It is generally desirable to maximize the saturation of molten aluminum with small bubbles and maintain a flat or calm surface of the melt to better promote the floating and trapping of inclusions and salts. Achieving these goals usually results in better separation of molten aluminum from dross. There are many factors that affect the efficiency of degassing system, such as nozzle or ejector design, gas flow rate, flatness of molten aluminum melt surface, and vessel chamber geometry.

The degasser system utilizes a rotating rotor within a static stator to strive to achieve the desired saturation level, and the rotating rotor is attached to or integrated with the nozzle section. In fact, the rotating rotor can be used to shear and help disperse the bubbles and any additives into the molten aluminum. In order to keep the melt surface relatively stable or flat, it is also desirable to avoid the eddy current effect caused by the rotation of the rotor. The eddy current effect will tend to cause surface cracks, mixing or dispersing of the material in the scum with parts of the molten aluminum, and often interfere with or hinder the removal of undesirable gases and inclusions.