The growth of aluminium cans recycle pattern in the global market seems to be becoming insurmountable owing to the factors like disposable income of people, changing lifestyle, and evolving consumer preferences. Continuous shifts from plastic bottles to aluminium cans have triggered the demand further. Initiatives taken by some of the leading companies, such as Coca-Cola and Pepsico in the US and Toast Ale and Svyatoy Istochnik in Europe, to switch to aluminium cans from plastic bottles have already done several roundups in the market this year. They are either replacing their existing products range or launching new ones in aluminium cans. 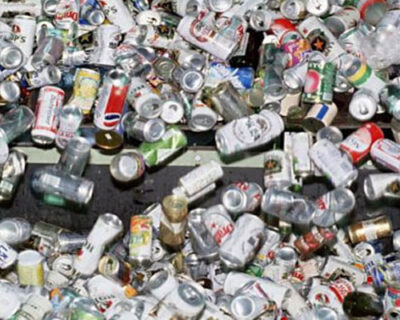 According to a report, the global aluminium cans market approximately generated US$39.41 billion in 2018, which by 2025 is estimated to reach US$48.15 billion, at a CAGR of around 2.9 per cent. This growth is expected to be driven largely by increased consumption in emerging markets, mostly in China and the rest of Asia, Europe, and South America.

The United States roughly produces 88.5 billion aluminium beverage cans, according to the Can Manufacturers Institute. To expand it further, the aluminium cans manufacturing companies are adopting new technologies and developments to ramp-up the output. This year, Fernson Brewing Company has installed WaveGrip’s G1 multi-packing applicator, which will help it increase the cans production.

In Europe, CANPACK is investing in a new aluminium beverage can factory in the western Czech Republic, which will expectedly boost the production capacity of aluminium beverage cans to around 25 billion per year. As of now, Europe on an average produces 98 billion cans every year and uses up to 50 billion units, according to the data shared by Metal Packaging Europe and the European Aluminium Association.

Besides, international packaging manufacturer Jamestrong Packaging has inaugurated a $15 million can facility in Auckland, NZ, following an increased demand for New Zealand baby formula. The facility will manufacture 50 million cans per annum, and at the appropriate time a second line can be dropped into the state-of-the-art facility, effectively doubling that capacity.

In India, which is also gearing up for the increase use of aluminium cans to pack beverages, Hindalco Industries Ltd, Ball Beverage Packaging (India) Pvt Ltd and Can-Pack India Pvt Ltd are reportedly preparing to launch a consortium called Aluminium Beverages Can Association of India (ABCAI). The consortium aims to build sustainable aluminium beverage packaging practices to bring about a quantum positive impact on business, environment and society.

The increasing rate of recycling also indicates the growing consumption of aluminium cans across the globe. Brazil, the world leader in aluminium can recycling since 2001, reports a recycling rate of 98.4 per cent. As per the data shared by The Brazilian Aluminum Association (ABAL) and the Brazilian Association of Highly Recyclable Cans Manufacturers (ABRALATAS), the country in 2014 had recycled 289,500 tonnes of aluminum beverage cans out of the 294,200 tonnes available in the market. In the said year, aluminium can collection had injected R$ 845 million in the country´s economy, contributing to generating income and jobs for thousands of waste pickers.

In Europe, the aluminium can recycling has reached an all-time record of 74.5%, with an overall recycling rate for aluminium beverage cans in the European Union, Switzerland, Norway and Iceland in 2017 rose 2.3%. Almost 31 billion cans were recycled in the EU and EFTA countries, representing a total of more than 420,000 tonnes of aluminium and underscoring its contribution to the European circular economy.