Continuous casting and rolling production of slabs is the key to producing high-quality aluminum slabs. The quality of the vertical slabs directly affects the internal structure and surface quality of the aluminum slabs. In the process of erecting the slab, often after the slag ran away or the slab was discharged for a period of time, the position of the feed casting nozzle exploded, and the unsolidified aluminum liquid splashed, causing damage to the lip of the casting nozzle, slagging, upturning of the oxide film, and the inner cavity. Blocking and splashing of molten aluminum into the gap between the nozzle rolls stop the casting and rolling process and increase production costs. 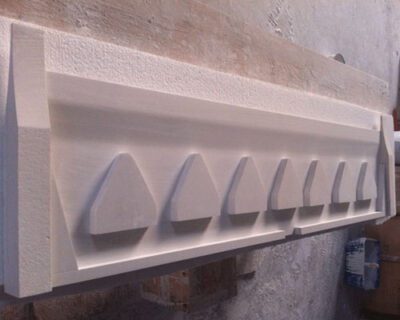 The explosion of the feed casting nozzle in the direction of the roll gap is mainly at the moment when the vertical plate is released. The high-temperature aluminum liquid flows from the feeding pipe and contacts the nozzle plate with high water content and the wet roller surface. The moisture instantly vaporizes and the volume expands to form a water vapor mass, which breaks through The weak part of the molten aluminum front in the cavity of the casting mouth or near the mouth of the casting lips escapes instantly, causing an explosion.

The small bubbles of molten aluminum continuously accumulate in the casting area and the lip position, forming large bubbles with a certain pressure. There are two ways to escape the large bubbles. The first is to break through the tension of the molten aluminum and oxide film between the nozzle rollers. Escape from the gap between the nozzle roller and cause an explosion. The second is that the internal pressure of the large bubbles is greater than the bonding force of the nozzle plate, which damages the nozzle plate and causes an explosion.
From the analysis of the above reasons, it can be seen that the explosion of the nozzle is mainly caused by the vaporization of water and the inability to discharge the gas from the cavity of the nozzle and the casting area in time.