Granular refining fluxes have been used in research at home and abroad with good results. Due to the boiling effect of the N2 and CO2 generated by the reaction, the hydrogen and non-metallic inclusions will be taken out of the aluminum liquid when the bubbles float up, so the degassing effect of this mixture is good.

When refining, use a bell jar to press the Granular Refining Fluxes into the molten aluminum, and the operation is the same as when refining with chloride salt. The refining temperature is 740~750℃, and the amount is about 0.6%~0.8% of the mass of molten aluminum. 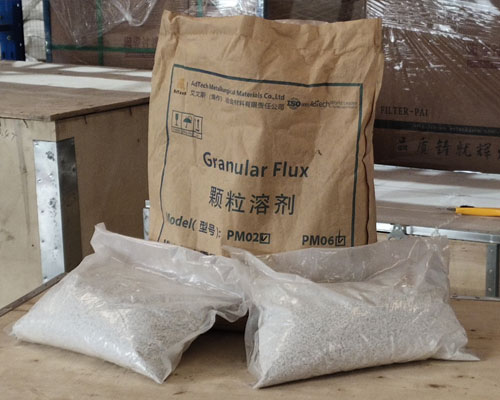 The principle of the floatation method is to pass an inert gas (usually nitrogen, argon, or the gas produced by adding salts) into the aluminum liquid to produce a large number of bubbles. Since the partial pressure of hydrogen in the bubbles is zero, the difference in the partial pressure of hydrogen will continue to diffuse into the bubbles and float up out of the liquid surface. At the same time, due to the difference in wettability, the inclusions in the molten aluminum can be adsorbed on the bubbles in contact with it, and then float up and eliminated, so as to achieve the purpose of removing hydrogen and removing inclusions. According to different refining agents, the floating method is divided into nitrogen method, argon method, chlorine method and chloride salt refining method.

Nitrogen refining: Nitrogen is cheap and often used for refining aluminum alloys. But its disadvantage is: in order to prevent the formation of a large number of nitride inclusions (such as AN, Mg3N2, etc.), the treatment temperature is low (700~730℃), which limits the hydrogen diffusion ability. The experimental results show that nitrogen has high purity requirements, and the presence of trace oxygen and moisture will greatly reduce the refining effect. Some data show that 0.5% oxygen content can reduce the degassing effect by 40%.

Refining with argon: The refining temperature can be increased to 760℃, which is beneficial to enhance the hydrogen diffusion ability. In addition, the oxygen content in industrial argon cylinders is low (0.005%~0.05%), and the density of argon is 1.78kg/m3, which is higher than the density of oxygen at 1.25kg/m3. During argon refining, argon is enriched on the surface of the aluminum molten pool, which can prevent the reaction between the molten aluminum and the furnace gas, so the refining effect is better.