The molten aluminum enters the headbox from the CFF filter box through the flow trough. There are generally two ways to enter the headbox:

2) The bottom of the flow trough is lower than the top of the headbox, and the liquid flow is injected from the middle and upper side of the front box. 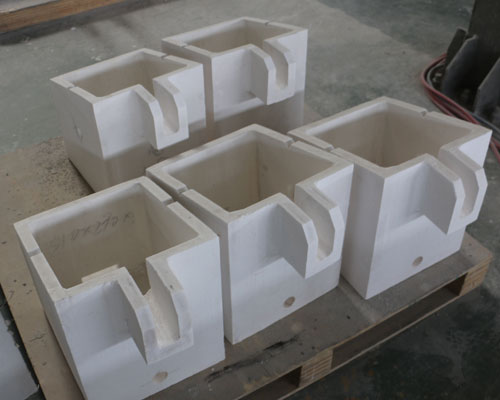 Due to the large gap between the liquid level of the casting launder and the inlet of the molten aluminum, the inlet is generally used to control the liquid flow with ceramic fiber tap out cones.

This wave is diffracted through the outflow port, and the wave is transmitted to the gap between the nozzle roller, causing the meniscus to fluctuate, and causing the strip to produce water ripples. In order to reduce or eliminate this kind of water ripples, it is necessary to prevent the fluctuations caused by the uneven injection of molten aluminum at the inlet from being transmitted to the front of the casting and rolling. Therefore, a vertical filter can be inserted between the inlet and outlet of the front box to prevent wave propagation and diffraction, which can reduce or eliminate water ripples. If you appropriately increase the liquid surface area between the filter and the outlet, the effect will be more obvious.