Aluminum Casting Refining Fluxes are an environmentally friendly range of fluxes used for molten metal treatment. Powder fluxes possess certain disadvantages such as dusting during the application, toxic fume emissions. This causes health hazards to the workers and environmental problems. The powder fluxes also pose a problem of inconsistent efficiency due to the morphology of the powder. To overcome these disadvantages, dust-free granulated fluxes have been developed. 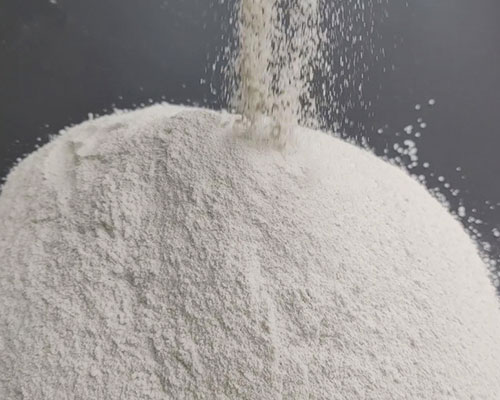 Aluminium casting Flux is a eutectic salt composed of mgcl2 anhydrous and potassium or sodium chloride. Which can remove alkali metal and non-metallic inclusions from liquid aluminum and al-alloys. It is a flux used in furnaces for metal treatment. The main chemical compositions of different fluxes based on Mgcl2 anhydrous, Kcl, NaCl, CaF2, Na3ALF6, K3ALF6 and etc. These raw materials are fused in a furnace to a high temperature, cooled, and crushed.

Some fluxes are free from fluorides, sodium, which is suitable for high magnesium al-alloy. Some fluxes have a very small amount of calcium fluoride added to MgCl2/KCl flux leads to a significant increase in the inclusion and alkali removal performance. The MgCl2 minimizes or eliminates surface oxidation by creating a thin-film layer on the metal surface, thus cover fluxes can be avoided if the refining flux contains enough MgCl2.

In an increasingly environmentally aware world, foundries need to play their part in reducing noxious emissions. Aluminum Casting Fluxes are vital in the foundry operation but a source of pollution that needed to be addressed. Flux manufacturers are continually trying to maintain or improve performance while reducing harmful emissions, particularly of fluorides and sulphur oxide. New granular forms of flux are reducing emissions by up to 85% without significant loss of performance as they allow less flux to be used and allow it to work in a different way. It has been found that the morphology of the flux is a very significant contributor to the type and quantity of emissions.