The caster tip nozzle has a great influence on the quality of the cast-rolled strip, especially the uniformity of the velocity distribution and temperature distribution of the molten aluminum. 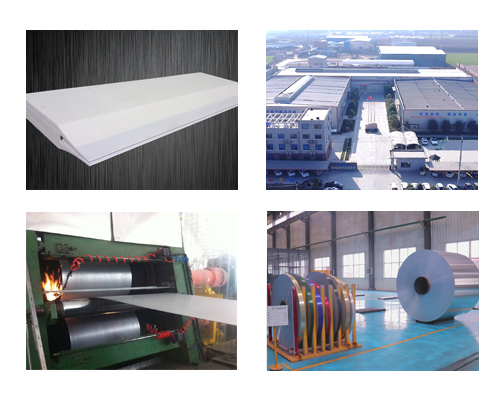 The aluminum slab in the casting process may have the following: defects such as the excessive thickness of defects, unqualified plate shape, hot zone, holes, cracks, coarse grain segregation, and other defects. Some of these defects are caused by the uneven distribution of aluminum melt velocity and temperature at the nozzle cavity.

Hot strip is a defect in the aluminum melt casting-rolling zone, which is not completely solidified in some areas, it is brought out by the casting-rolling roller. The holes are generated in the upper half of the cross section of the cast billet, and extend along the longitudinal direction of the billet, forming a white channel on the billet surface where the holes are generated. Some of this white way is in a fixed position, continuous. Some move laterally on the surface of the strip, and sometimes two laterally moving white channels will merge into one, and a hole appears at the meeting point. There are many reasons for the occurrence of hot spots/holes, but the lateral distribution of the melt temperature at the exit of the nozzle is uneven, and the partial non-solidification of the cast billet is also one of the reasons for the defects.

As we all know, in the aluminum foil processing industry, the processing of ultra-thin aluminum foil is difficult. However, it is more difficult to produce ultra-thin aluminum foil with cast-rolled billets, which requires a very strict internal quality of cast-rolled billets. The structure of the flow supply device (caster tip nozzle) directly affects the uniformity of the transverse mass distribution of the cast plate, so that local quality defects of the cast plate and strip are prone to occur during the production process, which affects the deep processing performance of the aluminum foil, and even directly causes the product to be scrapped.

Gap in Nozzle and Roller

Gap in Nozzle and Roller